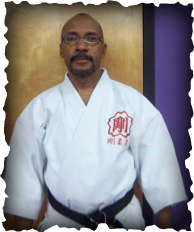 Willie, born as William David Valdés began his martial arts studies in
Judo at the Mariano Judo Club in Cuba, beginning at the age of 5. Willie and his family came to the U.S. in January of 1968. While in Union City , New Jersey he studied with GM Peter Urban and Alex Saavedra, earning his black belt in 1971.

Senei Willie then moved with his family to Hawaii. He graduated from Aeia High School in Pearl City, Hawaii where he also studied Okinawa Goju-Ryu with Kyoshi Samuel Bernard, a student and Air Force serviceman of Yoshio Kuba.

In 1974, before joining the US Army, he was Awarded his Sandan 3rd Dan by his Sensei, Samuel Bernard. Then he joined the U.S. Army where he also taught karate to soldiers while stationed in Germany, Fort Ord in California, White Sands Missile Range in New Mexico, Pathaya (Pattaya) Beach in Thailand, Presidio of Monterrey, California, Fort Lewis in Washington. and Fort Lee in Virginia.

In 2003 he was awarded the rank of Rokudan (6th Dan) by his Sensei.  Sensei Willie retired from the U.S. Army in 1996 and moved from Monterrey Bay, California to Clermont, Florida to be near his grandchildren.

In 2003, he opened his first dojo in Winter Garden, Florida, He later closed that location when he found a one closer to his home in Clermont, where we’re he continues to teach Okinawa Goju-Ryu karate.

Sensei Willie Valdés, also holds various ranks in other forms of martial arts including, Tang Soo Do, (Soo Bak Do) and Tae Kwon Do. In Filipino Eskrima he is a 4th level Gura where he is also authorized to teach the whip by his long time friend and instructor Ama Guro Raffy Pambuan, In Eskrima he can also teach largo mano, Pambuan Arnis Tulisan Caballero, spada y daga, solo baston, and mano y mano. 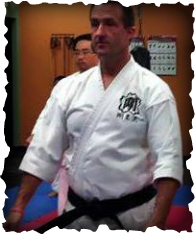